How the Pandemic Affected the Controlling Personality Type 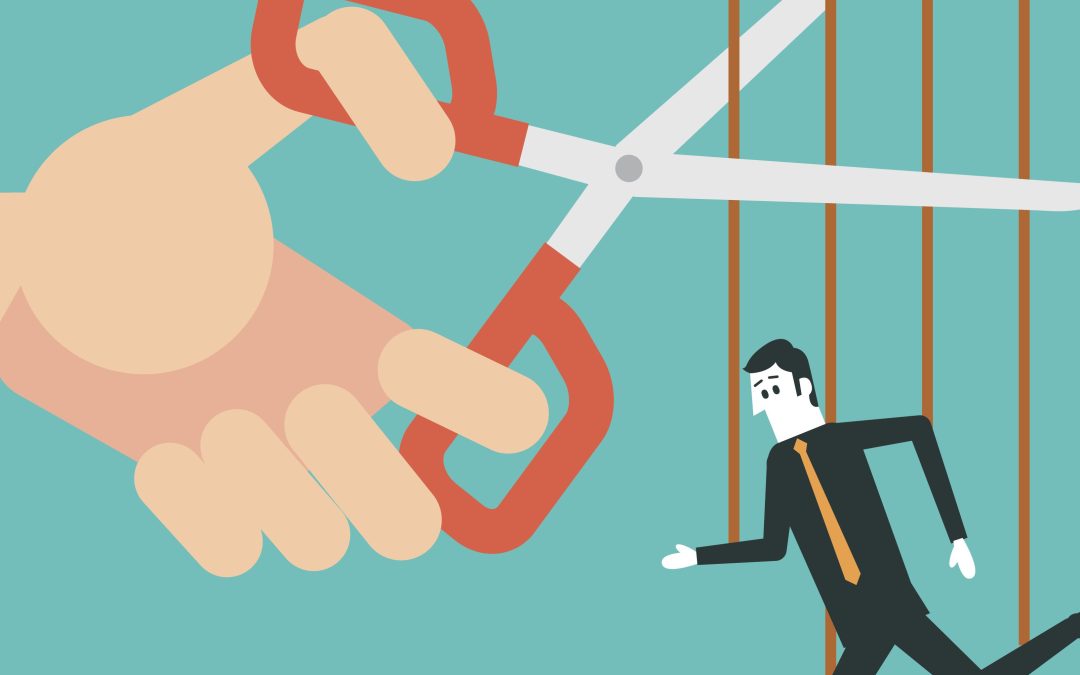 Frustration mounted and symptoms worsened in the midst of shutdowns.

With the pandemic, the world changed before everyone’s eyes, and no one had control over what was happening. Restaurants and theaters were closed, streets were deserted, toilet paper was in short supply, and the outside world looked like a scene from an apocalyptic movie. With news of rising infections and deaths worldwide, everyone hunkered down, afraid to venture outdoors. The world felt strange and chaotic, with little control apparent anywhere.

For individuals with a strong need to have control in their lives, the pandemic was especially stressful. Their ordinary ways of reducing stress were locked down as gyms, work environments, restaurants, and schools closed. As frustration grew, some of their partners, employees, and children became the objects of their ongoing anxiety and anger. Rising rates of alcohol abuse, anxiety disorders, depression, divorce, and domestic violence attest to the pandemic as a huge source of psychological distress for many.

Among the groups most affected by the pandemic were those needing to control themselves and/or others. This included domestic abusers, whose fragile sense of self-esteem arises from their ability to dominate and manipulate others, road-raging narcissists who take out their frustrations on the highway, and even obsessive types of people who struggle to reign in their anxiety by prescribed thoughts and rituals.

The pandemic also influenced milder forms of control dysfunction. Many couples in which control is important but not critical to their identity became psychological casualties of the pandemic. Having no control of the pandemic’s effects added to their already high-stress levels. Either they filed for divorce or one partner became symptomatic with an anxiety or depressive disorder. Incidentally, applications for divorce increased by a third during the pandemic.

Ordinarily, the abusive partner is quite controlling with dates, partners, spouses, and children. When the abuser is a male, he is often a victim of and a subscriber to the machismo aspects of American culture, where men are supposed to be strong, bold, and decisive.

While he is often comfortable in his work life, problems typically arise in his family when his partner or children want to pursue activities at odds with his wishes. In these conflicts, he is usually unable to be accommodating, feeling weak and unmanly when he does so. Instead he becomes insistent that they yield to his dictates. His stubbornness, sometimes fueled by alcohol or another drug, often escalates to physical coercion or assault. Dominating his family is his one way of feeling powerful and in control, a way of hiding his underlying sense of inadequacy.

During the pandemic, the domestic abuser, often trapped indoors for days with an anxious wife and frustrated children pursuing remote learning at home, had few internal resources to fall back on when his usual coping mechanisms failed. At the end of his shift (if he still had a job), he couldn’t let off steam with the guys at the local bar or work out at the gym because these places were shuttered. As a result, his frustration became unmanageable, and his verbal or physical abuse pattern became more frequent and widespread. If his family was lucky enough to escape, he was left alone, abandoned, and without many options.

Autonomy and Control in Romantic Relationships

In most intimate relationships, one of the central dynamics is that of power and control. The fear of losing one’s autonomy in intimacy—spending too much energy pleasing one’s partner and not enough time pursuing one’s interests—can dominate the landscape. Because of this, people often become highly insistent on getting their way in romantic unions.

Most adults resent being told what to do by anybody, including their partners, because it undermines their autonomy as adults. So, people go out of their way to exercise their will in these situations. Whenever one partner feels that the other person wields more power, the less powerful partner will demand his fair share. He will do it later if she wants the garbage taken out now. If he insists on sex right now, she will plead a headache.

The more she nags and the more he insists, the less likely that either partner will get what is desired. Nagging and insisting tend to lead to psychological deafness, and resistance rears its ugly head. Either overt fighting or passive-aggressive tactics, such as repeated forgetting to do the agreed-upon chore or sabotaging the assignment somehow, ensues and dominates the domestic arena.

On top of this power dynamic came the pandemic, where there was little control of anything. If the couple didn’t share many interests, they were left to spend endless days together in boredom and frustration. For many, ending the relationship felt like a viable alternative to the bitter emptiness in the household.

What Can’t Be Controlled

Besides the weather and scores of other environmental events, no healthy adult can be totally controlled, even with severe punishment, without underlying resentment. And excessive control of children can lead to disastrous outcomes later on.

In a policy statement in 2018, the American Academy of Pediatrics indicated that it does not endorse spanking under any circumstance because of growing evidence that spanking children is likely to lead to increased aggressiveness and deviousness in later years. Even research on torture in the military is mixed as to its effectiveness.

All healthy adults possess a steely sense of self that can resist most attempts at influence. From the age of two or thereabouts, one’s autonomy—the ability to self-govern—starts to develop along with one’s identity and self-confidence. Because autonomy is vital to identity, resentment occurs when the control is extreme. While outward behavior can be controlled to some degree, the autonomous parts of people, their minds and souls, can’t be controlled with much success.

The temper tantrums and stubbornness of toddlers are a testament to the importance of autonomy. The repeated “no” shouted with great intensity signifies the strength of the ego’s resolve to do what it wills. While temper tantrums typically vanish with time and maturity, stubbornness can remain a personality or character trait. The more parental control exerted during childhood, the more likely it is that stubborn resentment will endure throughout life, even into old age.

Teaching children resilience, or the ability to be open to changing circumstances, requires fewer schedules, more opportunities for children to explore their worlds and make their own decisions some of the time, and less extreme control measures. Appeals to their better nature and loss of meaningful rewards effectively change undesirable behavior more than physical punishment, and positive reinforcement for good behavior works wonders.

The pandemic reinforced our lack of control over many aspects of life. If we could accept that reality and learn to go with the flow, perceiving unexpected moments as challenges rather than catastrophes would allow us to experience more enjoyment in life and an enhanced sense of well-being.

This post is adapted from an essay, “You Can’t Make Anybody Do Anything,” published in Beyond Pipe Dreams and Platitudes: Insights on Love, Luck, and Narcissism from a Longtime Psychologist, Outskirts Press, 2021.